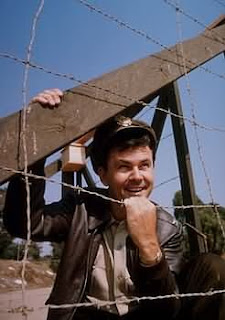 Whatever your opinion of Bob Crane, I always had a big respect for the man. He started out as a musician before becoming a DJ and then eventually a gigantic television star. His musical venture into percussion put him into some of the same symphonies that I have had the pleasure of working in as well. It's not surprising that his love for music continued well after his fame from "Hogan's Heroes".In 1966, Bob Crane released an album as a result of his affiliation with the television series:"The Funny Side of TV". The record is a crazy mixture of instrumental big-band renditions of television themes with Crane's drum kit high in the mix. Add to that some brief skits, one-liners, and Crane's comedy monologues. Some of the jokes are pretty funny, from Crane's improbable reading of cast members on "Theme from 'Thursday Night at the Movies'" to his ridiculous sendup of Candid Camera. As you might expect, Crane performs the theme from Hogan's Heroes along with themes from F Troop, My Three Sons, Get Smart, and other shows of the day. Crane received assistance from big-name arrangers such as Sid Feller, Ernie Freeman, and Stu Phillips (who also produced), and some of his Hogan's Heroes co-stars posed for the cover photo even though they do not appear on the album. Here is that album for you now! Enjoy!

Bob Crane Plays The Funny Side of TV
Posted by Dartman at 10:12 AM 1 comment:

Here is the silent home movie version that I cried for when we went to a department store right after seeing the movie for the first time when I was a kid. I wanted it so badly but alas, didn't get it until I was well into my 30s. Enjoy!

See You On The Road in November! 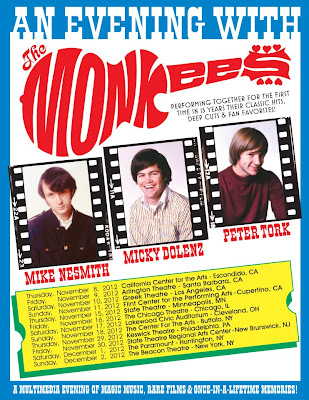 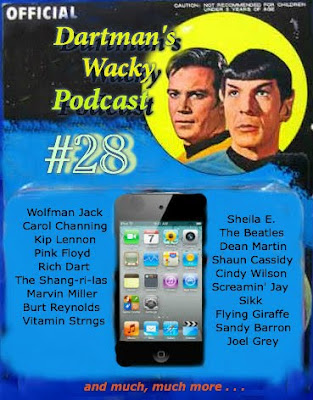 It appears that I am dishing out these podcasts every week! This will probably be the last one for a bit as my time is going to be limited over the next few weeks. But oh what a way to end our little run! This one is soooooooo Wacky! It features some really cool tracks and some really cool commercials and really cool "creations" and you will love it! Guaranteed! Be on the lookout for some "space themed" tunes (hence the artwork!) and a special ode to Dr. Seuss that I recorded back in 1997. This one is pretty cool if I do say so myself. See if you agree as you take a listen to Podcast #28! Enjoy!