Here's a great episode from the first season of this great show! Enjoy!

Roosevelt Franklin Is His Name 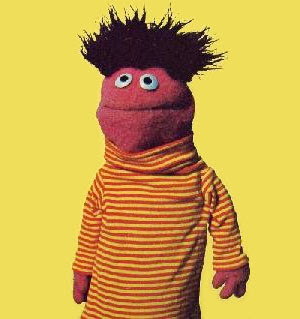 When Sesame Street first started back in 1970, it featured a lot of characters that have since disappeared from the show. One of those original characters was a hipster by the name of "Roosevelt Franklin". Roosevelt Franklin (the name was obviously a play on Franklin Roosevelt) attended Roosevelt Franklin Elementary School, where he taught concepts like family, pride, respect, geography and not drinking poison. Roosevelt was a cool kid who loved to scat, rhyme and sing the blues. Matt Robinson, who played Gordon during the first three seasons, created the character and performed Roosevelt's voice. Despite significant popularity, he was dropped from the cast following letters of complaint. The complaints ranged from that he was too black to that he was not black enough to his rowdy elementary school not setting a good example for children. However, before the public naysayers had their way, Roosevelt Franklin did gain a following and even issued an album entitled, "The Year of Roosevelt Franklin". It holds its place in history as the first Sesame Street album to focus on one character. The songs deal with many different subjects, from learning letters and numbers, to traffic safety, sharing, and getting along with other people. The album was so successful that it was reissued three years later as "My Name Is Roosevelt Franklin." The reissue is the record that I own. The album is a work of pure genius and one wonders if maybe it isn't time to bring back that rhyming and scatting school teacher as he would definitely fit into today's world. You be the judge when you listen to "My Name is Roosevelt Franklin". Enjoy!

My Name is Roosevelt Franklin
Posted by Dartman at 8:57 AM 2 comments:

Pray For The Killer 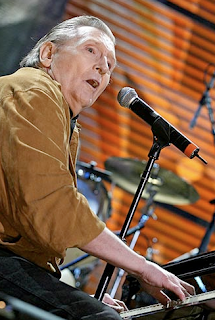 I just heard that Jerry Lee Lewis is at home resting from a severe case of the shingles. He cancelled his European tour dates and he is on strict bed rest. The doctors say that if he rests he will be fine. I'm not a pessimist but I am hoping and praying that the doctors are right. After all, he is the last of the great Sun recording artists. Let's all say a prayer for the Killer while listening to this classic release from Jerry Lee entitled , "The Killer Rocks On". Enjoy!

Jerry Lee Lewis-"The Killer" Rocks On
Posted by Dartman at 5:39 PM No comments: 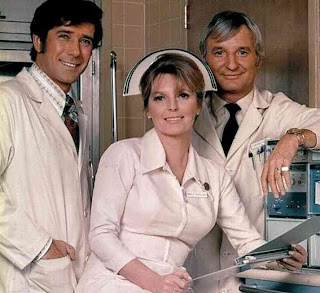 Julie London was a well established singer before she took on the role of Head Nurse Dixie "Dix" McCall at Rampart Emergency Hospital in the 70s series, "EMERGENCY!". She was discovered by talent agent Sue Carol (wife of actor Alan Ladd) while working as an elevator operator. She recorded 32 albums in a career that began in 1955. Billboard named her the most popular female vocalist for 1955, 1956, and 1957. Her most famous single, "Cry Me a River", was written by her high-school classmate, Arthur Hamilton. It became a million-seller after its release in December 1955. Her last album came in 1969. It was a collection of pop hits of the 60s that included The Doors' "Light My Fire", the Kingsmen's "Louie, Louie", the Beatles' "And I Love Her" (changed to "And I Love Him") and the title track, Ohio Express' "Yummy, Yummy, Yummy". The album has an unintentional kitsch element but believe it or not, Julie actually is able to pull most of the material off and even adds a little sexuality with her smokey voice. A highlight is her cover of The Monkees' "It's Nice To Be With You". That was never one of my favorite Monkees tracks but Julie's version gives me a whole new appreciation for the song. Hear it for yourself when you take a listen to "Yummy, Yummy, Yummy" by Julie London. Enjoy!

Julie London-Yummy, Yummy, Yummy
Posted by Dartman at 6:05 AM 3 comments: 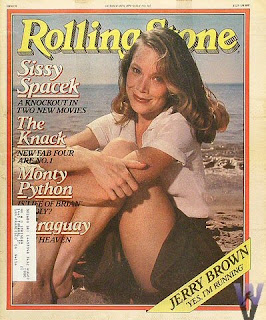 Most folks don t know that Sissy Spacek's first foray into showbiz was as a singer; back in 1969 she recorded a single under the name Rainbow damning John Lennon for his racy Two Virgins album cover in the song, "John, You Went Too Far This Time". I believe I included it in one of my podcasts. It was treated as a novelty tune and it didn't too much other than be released. It wasn't until 14 years later, as she sang her way through the country music catalogue of Loretta Lynn that Miss Spacek would release a more solid recording. On the heels of her Oscar winning role as the Coal Miner s Daughter, Sissy released a full-fledged country album. Not only did this album spawn a hit single with "Lonely but Only for You", but it was produced by Rodney Crowell with guest artists Rosanne Cash and Vince Gill! Extremely impressive for a celebrity recording. Here is that album made by Sissy Spacek back in 1980. Here is "Hanging Up My Heart". Enjoy!

Sissy Spacek-Hanging Up My Heart
Posted by Dartman at 11:08 AM No comments:

Here They Come, They're Cathy's Clowns 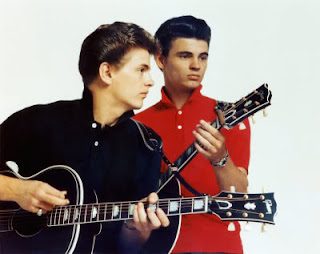 Dropped "A Date With The Everly Brothers" on the turntable today and wondered why I have waited so long to do so. This album is really cool. It has the unique and classic Everly Brothers harmonies but with a wide range of material. The album was released in 1961 and made it to number 9 on the pop charts. It's sole hit was "Cathy's Clown" but that has gone down in history as one of the Everly's biggest hits. Another cool fact about this album is that is was the first recording of the song, "Love Hurts", a song covered over and over again ever since all the way up to today. (you may have heard it on the recent commercials for Swifter). Here is that album that graced my turn table today. Enjoy!

A Date With The Everly Brothers
Posted by Dartman at 3:45 PM 1 comment:

The Dartman and The Monkee