Sorry About the Lack of Posts

Haven't had a lot of spare time to devote to the blog. But trust me, some really great things are coming soon! Many of the promises I have made will be fulfilled! Stay tuned!
Posted by Dartman at 10:15 PM No comments:

Yes, It's His Real Name

Sorry about the lack of posts, lately. I've been swamped with everything else in my life and I haven't had a chance to devote that much time to The World of Wonder. Anyway, in following up with the last post, I am sharing with you an album that brings me a very mixed reaction when I hear it. On one hand, it's a great look inside the mind of a great comedic actor/writer that brings some hilarious bits to the table. On the other hand, it's a look inside that mind when it's strung out on pain killers and various other meds which brings some skits that don't make the mark at all. I am talking about the self titled 1980 album by Chevy Chase. Remember, in 1980, Chevy was huge. There was no stopping him. He had broken through as the big name from SNL and followed that with the classic film, "Foul Play". Then came "Caddyshack" and the world was convinced that Chevy would be one of the biggest stars of the decade. Then came this. Followed by a string of films that would bury his name so far in the ground that it wouldn't be until three years later that he would make another hit with the start of the classic "Vacation" films. Anyway, here is that record for your listening pleasure. Or stress. You decide. Here's "Chevy Chase". Enjoy!

Today Is My Birthday! 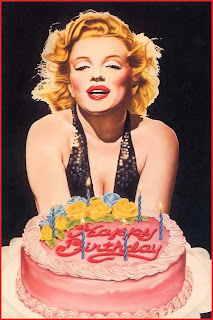 I join the official "Jack Benny Forever 39 Club" today! I was born 40 years ago. It seems like just yesterday.
Posted by Dartman at 2:43 PM 5 comments: